This page covers the modern hardware which can be used to replace Floppy Drives in a real TRS-80.

The SDCard HxC Floppy Emulator designed by Jean-François Del Nero, emulates a 34 pin floppy drive and treats DSK and DMK images which are stored on a SD card as actually floppy disks. To be clear, this product is designed to be mounted in/on an actual TRS-80, as a drive on the floppy cable.

It can emulate one or two drives, and disk images are mounted using the three buttons on the lower right, which are NEXT, SELECT/EJECT, and PREVIOUS. The filenames are shown on the LCD, which comes in a variety of colors.

Current features of the SDCard HxC Floppy Emulator are:

MXS (TRS-80 Modular eXpansion System) for the Model I 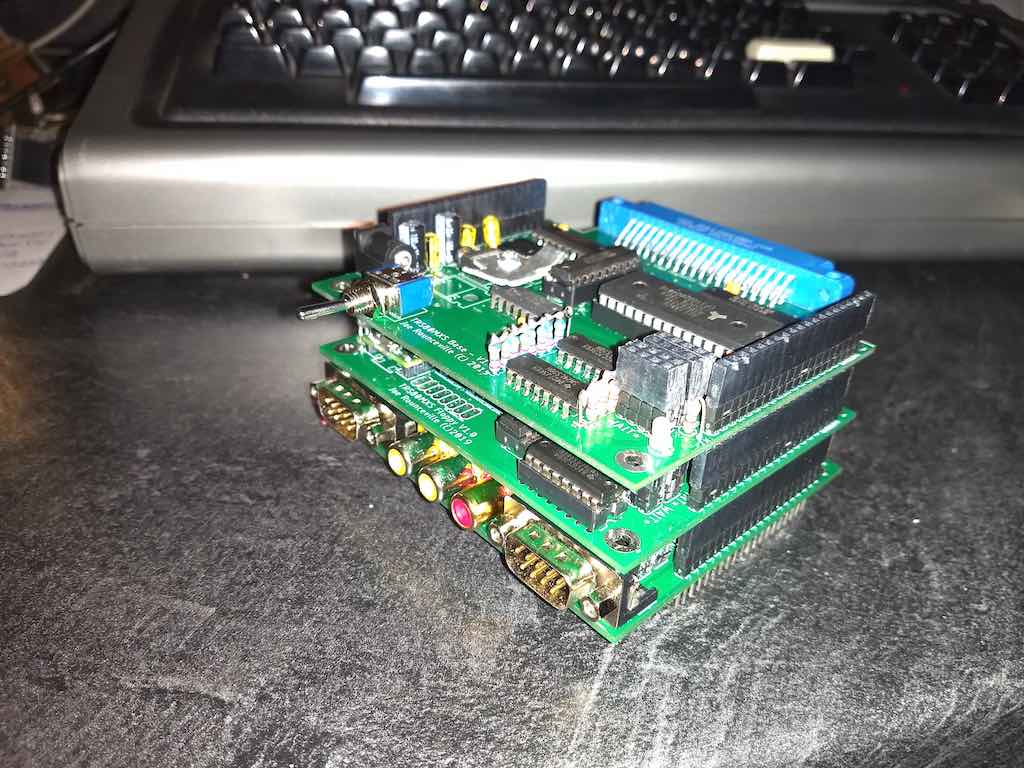 The TRS-80 Modular eXpansion System (MXS) designed by Jay Rounceville, consists of up to four modules set up as a stackable set, starting with the base module which will give you a 32K and supplies the power that the other boards use. On top of this you can add the floppy drive emulator module. Other modules include a Texas Instruments video/graphics board and/or a WIFI board.

Schematics and overview can be found at https://github.com/calphool/TRS80MXS.